When you browse this site we use cookies to customize your site expericence.
AccepTCookie policy
Irresistible Circular Society

On June 10, the three project groups met for the second time to further develop the vision for The New European Bauhaus: “Designing the Irresistible Circular Society”.

In the first workshop, each group discussed our angles of action and decided on two problem areas which would be the focus of this second workshop. Although every discussion point has been saved for later, the goal of the second workshop was to unfold some of the main issues identified and begin to find  solutions to the problem areas - and how these solutions may be put into action.

The process began with brainstorming different potential directions of innovation within each of the two problem areas. This was done with post-its where the participants had to answer ”If the problem is ____ Solutions might be found within ____. “ The outcome was even more inputs than there was time to discuss but in the end, two main directions of innovation were chosen to further investigate, and of what concrete initiatives could come to be in the future.

The initiatives are being further developed and are still a work in progress towards the last workshop on august 20th.

The work, inputs and discussions made in each group were graphical documents (see pictures), we hope these may provide you with an insight into the work which has been done - and perhaps even trigger a discussion at your end!

On June 30th we will present the status of “Designing the Irresistible Circular Society” and collect even more data leading towards the last workshop. 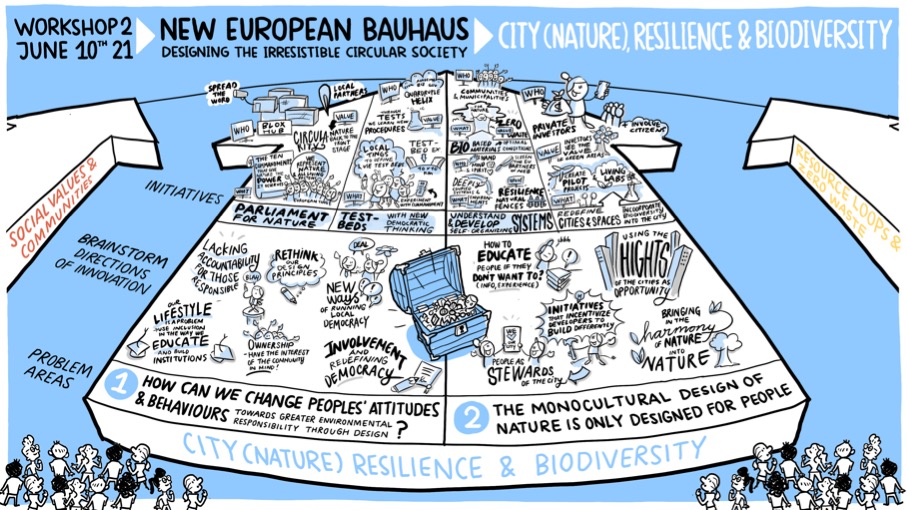 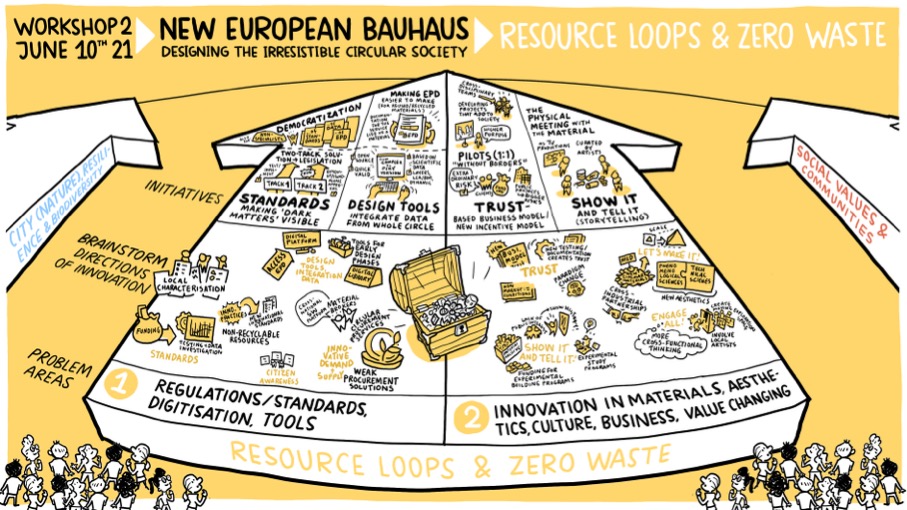 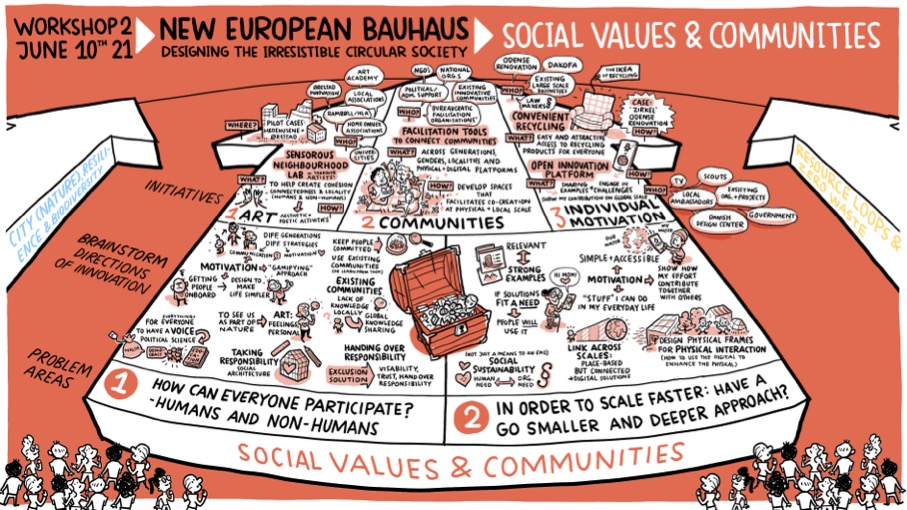